Being flexible makes a lasting impression 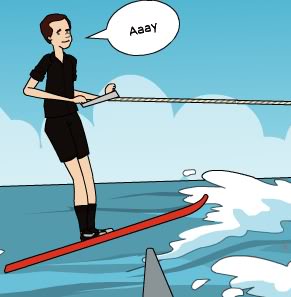 The other day I was reading an article that quoted an Apple Executive who mentioned that Instagram had “Jumped the Shark”. Perplexed by what this meant, I did a quick Google and found a Wikipedia reference to the term. In summary, the saying is derived from the 70’s hit Sitcom “Happy Days”. The show was a smash hit for many consecutive years, but the writers eventually ran out of creative ideas for the show, so rather than coming up with innovative stories and dialogue (i.e. Innovation) they instead resorted to stunts to keep audiences attention. In one episode they had “Fonzie” water skiing wearing his trademark leather jacket jumped over a penned-in shark. That episode was the beginning of the end for Happy Days.

Just a few weeks ago in Australia, RIM – maker of the once-dominant Blackberry devices, also Jumped the Shark. For many years, RIM was the 800lb Gorilla of smart wireless devices. Their Blackberry Enterprise Server set the standard for e-mail and calendar integration. Blackberry was completely caught off guard by Apple and Google Android phones, and their attempts at innovation lacked originality and they never quite regain their footing, and they find themselves slipping further and further behind. Someone in their marketing department thought it would be a brilliant idea to send a busload of protesters to an Apple store in Sydney holding “Wake Up” signs. This stunt was designed to create a viral buzz, and get everyone wondering “what” we are supposed to wake up to? Almost everyone believed that Samsung was behind the stunt since they’ve been innovating like crazy. But Apple quickly got to the bottom of things and found out that RIM was behind the whole affair. Why? To promote their new operating system 10 – Yawn. They haven’t quite figured out that customers want fast, snazzy phones, with powerful software and application choices – not just an operating system.

If you are in marketing, resist the temptation to take desperate measures in lieu of real innovation – it won’t work and the tragedy is that you will likely only tarnish your brand further.  On the other hand, if you aren’t in a position to influence marketing and your company resorts to Jumping the Shark type stunts instead of focusing on Real Innovation – that should be your wake up call to Jump Ship before you get bitten.

This site uses Akismet to reduce spam. Learn how your comment data is processed.