How NOT to handle a customer service complaint

To succeed in enterprise sales, you must become your own Sales/marketing architect 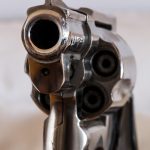 Like most American’s I’m both tired and frightened from the gun violence occurring in our country.   We seem to be in a perpetual loop – Innocent lives are lost, the blame game begins, Democrats blame easy access to guns, Republicans blame mental health issues and the lack of enforcement of existing laws.  This goes on for weeks until the innocent victims are buried, and the perpetrator has been vilified in the press, with lots of blame to go around.   Everyone who knew someone is interviewed on the news, lots of speculation as to why and how this happened and then — nothing.  Eventually, the furor dies down, the tragic event recedes from the public conscience, and nothing changes, and we all relax a little until it happens again.  And, as sure as the sun comes up in the morning, it will happen again.  We just don’t know where, when or who will strike next.  We all hope that when it does happen again that it won’t personally affect them.
Given that lawmakers either lack the will or desire to provide any meaningful ideas to solve this issue, I thought I would float a plan of my own.  I’m calling it the – The Step It Up Plan.  Given that reducing gun violence is such a politically charged topic, it seems clear to me that making incremental changes – Stepping it Up, is in all likelihood a more viable approach to any sweeping reforms.  With that said, not everyone will be happy with this plan.
Guns
Let’s start with the premise that individual gun ownership is here to stay in America – the NRA will like that.  But they may not like this statement, gun ownership must be restricted to responsible sane adults.
Mental Health
Even card-carrying NRA members have to agree that some people are too unstable to own a gun.  Those of you that are smart enough to realize that, make the cut, those of you who disagree with that statement don’t.
Let’s look at both sides of the argument:
Pro Gun
Anti Gun
Given that there are legitimate concerns on both sides, and making any sweeping reforms seems unlikely, I propose that we take a stepped-up approach to change.  At a minimum, this will at least make some progress on the issue, which is a lot more than can be said about where things stand today.
So here’s my proposed 10 point plan:

This plan is not perfect, nor is it entirely comprehensive, but I suspect that both sides will complain that it either goes too far. or not far enough. Come to think of it, that’s a good thing, it’s called compromise, which is something our legislature has long forgotten.

This site uses Akismet to reduce spam. Learn how your comment data is processed.